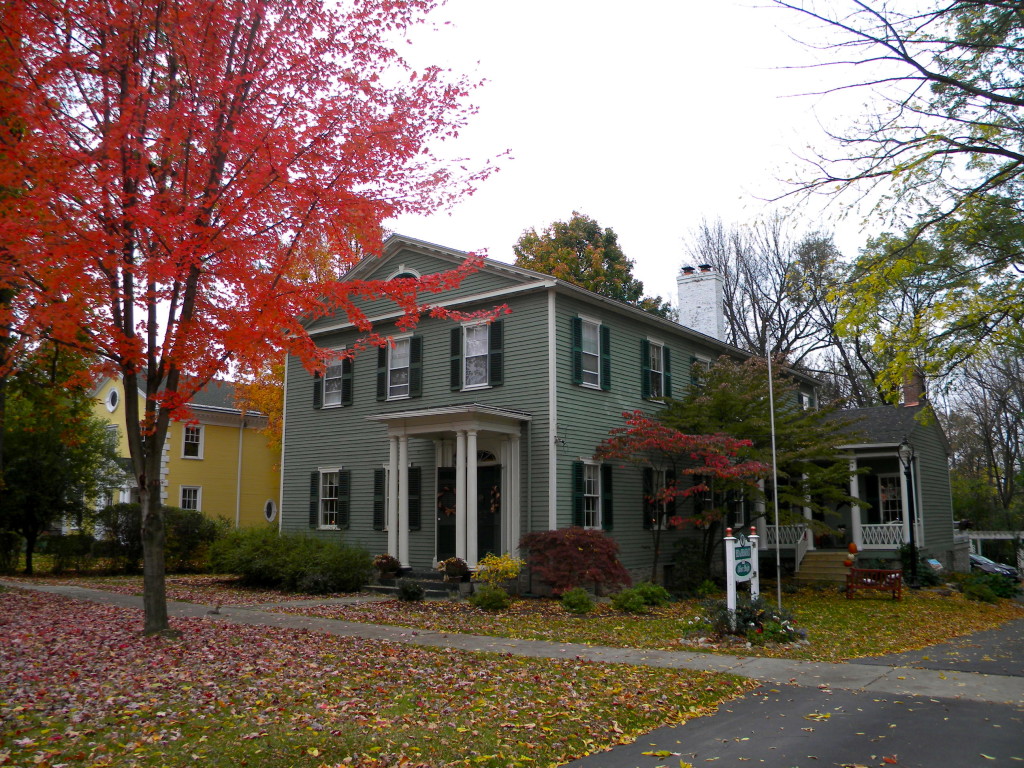 The Oliver Phelps house was built in 1813 and expanded in 1830.  An example of Greek revival architecture, it retains lovely features for today’s guests: twelve-foot ceilings, wide plank floors, blown glass window panes, old-growth trees on the grounds, and the spaciousness of a great Federal period home.

Oliver Phelps, together with his partner Nathan Gorham, were the original ‘land-developers’ in America (between 1787-1788). They purchased six million acres, essentially NY west of Geneva, with plans to sell to settlers expanding westward in the newly independent United States. It is recorded that they paid $1,000,000.00, less than 25 cents per acre. Gorham and Phelps chose Canandaigua (derived from the Iroquois word “Kanandarque” meaning chosen spot)  for their headquarters  Making Canandaigua the headquarters for Ontario County.

Judge Oliver Phelps III, his grandson acquired this house in 1830. It remained the Phelps family home until 1928 when it was sold to the Christian Science Church.  It served as their place of worship for several decades.  Returning to private ownership in 1977, it became the first bed and breakfast in Canandaigua. It has been successful as one ever since. 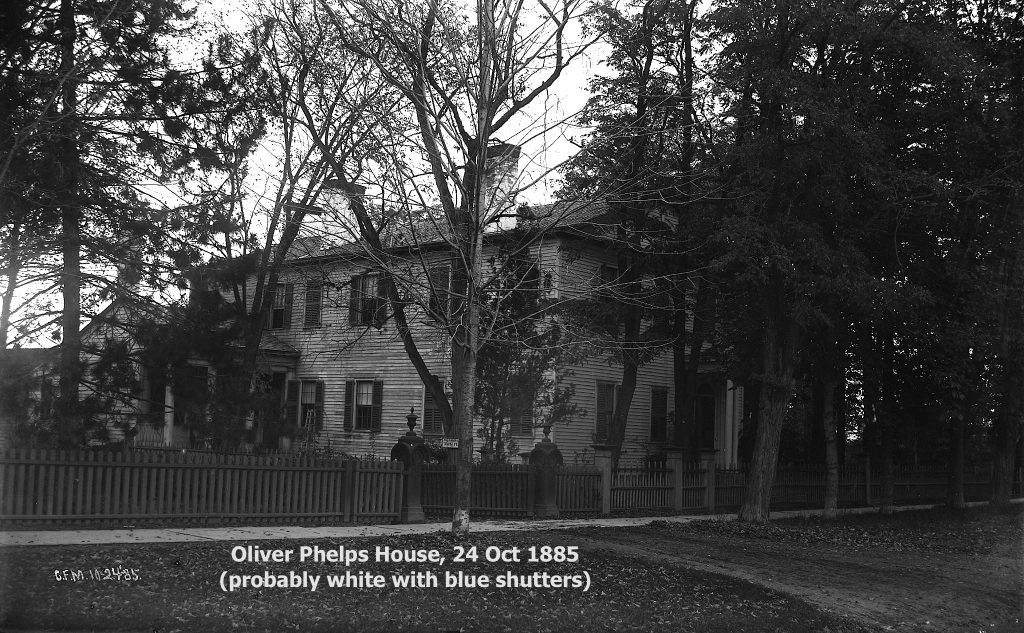 Join our email list to get updates on specials, events and more via email. 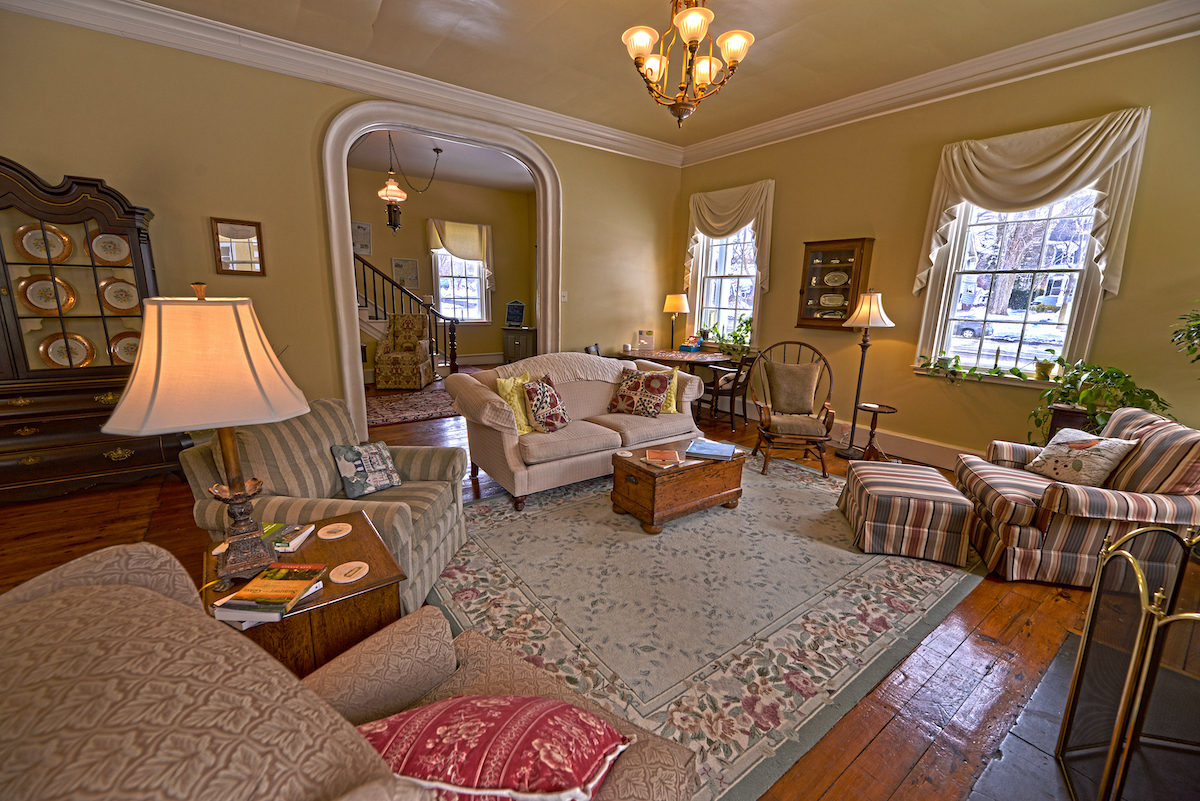 Sign up for emails from us and you'll not only hear about our news & specials but get great touring tips for the entire Finger Lakes area.

This website uses cookies to improve your experience while you navigate through the website. Out of these cookies, the cookies that are categorized as necessary are stored on your browser as they are essential for the working of basic functionalities of the website. We also use third-party cookies that help us analyze and understand how you use this website. These cookies will be stored in your browser only with your consent. You also have the option to opt-out of these cookies. But opting out of some of these cookies may have an effect on your browsing experience.
Necessary Always Enabled
Necessary cookies are absolutely essential for the website to function properly. This category only includes cookies that ensures basic functionalities and security features of the website. These cookies do not store any personal information.
Non-necessary
Any cookies that may not be particularly necessary for the website to function and is used specifically to collect user personal data via analytics, ads, other embedded contents are termed as non-necessary cookies. It is mandatory to procure user consent prior to running these cookies on your website.
SAVE & ACCEPT